We’ve been around for a while.

The town of Boise—its location selected for its intersection of the Oregon Trail and a road connecting the Boise Basin and the Owyhee mining areas—was first platted in 1863. It was incorporated that same year and became the territorial capital for Idaho.

Now maybe we don’t have the long, rich history of Boston or Philadelphia but we have some good stuff that contributes to the legends of the United States. I think about the old penitentiary, the Oregon Trail, and the train depot.

More than that, we’ve done a great job of restoring and maintaining a lot of historical Boise buildings and homes. Many of them, such as the U.S. Assay Office built in 1871, are on the National Register of Historical Places.

Let’s take a peek into some of the oldest historical homes we have in Boise. 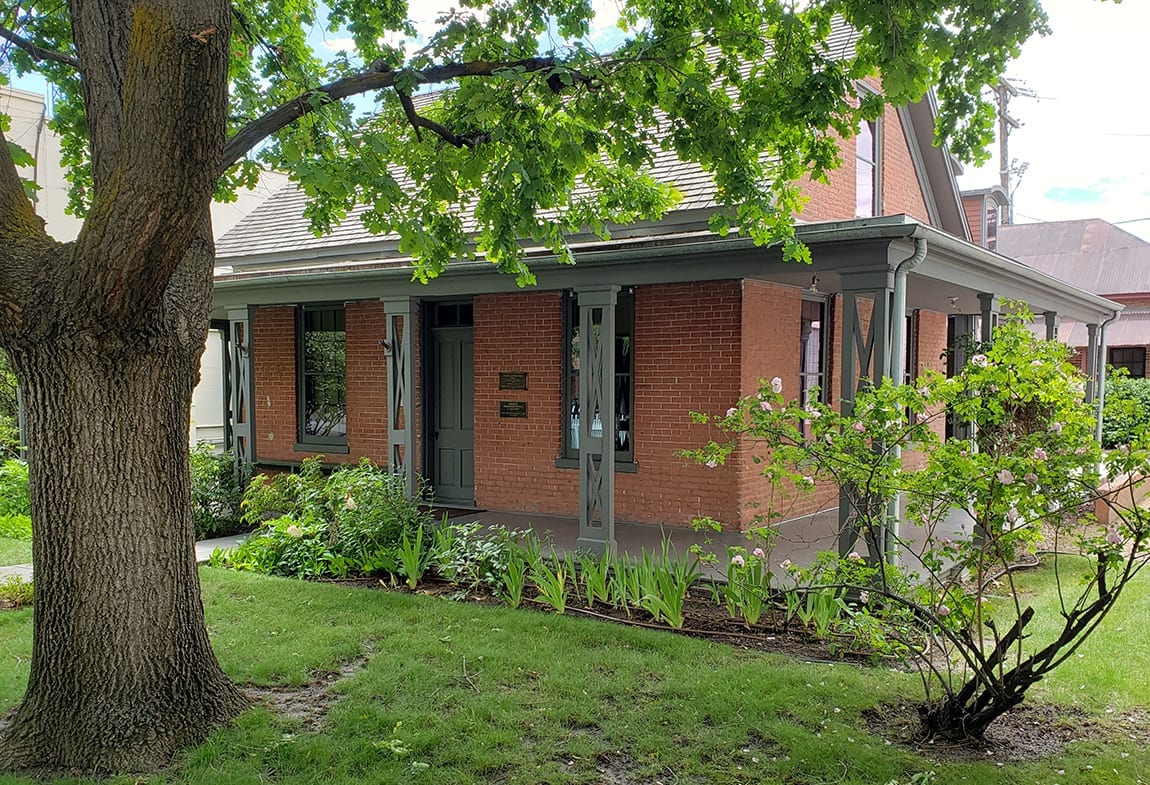 Today known as the Basque House, the little brick home on Grove Street is the oldest brick building in Boise. It was built in 1864 by pioneer merchant Cyrus Jacobs, a transplant from Lancaster, PA.

Once he made his way to Boise, his family operated a mercantile, flourmill, meatpacking house, whiskey distillery, soap factory, and cooperage. Jacobs was also heavily involved in the community, serving on city council as county treasurer and even as mayor in 1880.

The Jacobs house, which sits on just an acre of land, originally had three rooms: a bedroom, a parlor, and a kitchen/dining area. The Jacobs—with five kids!—lived minimally compared to some of the large homes my Platinum Idaho team gets on the market!

What’s really cool is that lathes were not available to form the interior walls, so Jacobs jerry-rigged rope and mud that he brought from Walla Walla, WA.

As the family grew, Jacobs built an addition in 1878, putting in a new kitchen and an upstairs space with two bedrooms. The Jacobs were even fortunate to own the first bathtub in the Boise area, installing it under the stairwell. The toilet came later when plumbing was allowed.

Jacobs died in 1900, followed by his wife Mary Ellen in 1907 and that’s when the house started to see a variety of tenants. Their children rented the home out to families until the Uberuagas—Joe and Hermenegilda—became tenants and turned the little spot into a boarding house. 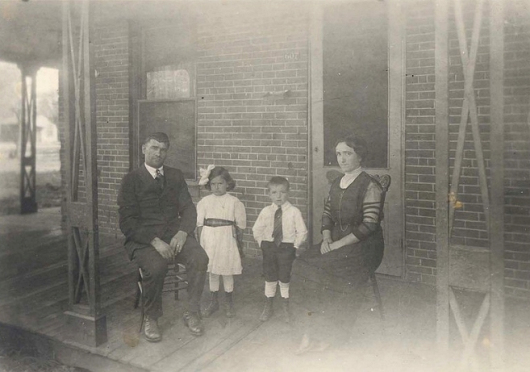 A Basque couple, the Uberuagas bought the house in 1928 for $2,000 and continued to provide shelters to Basque sheepherders and immigrants working on the Arrowrock Dam. More additions became necessary, while the Uberuagas maintained the boarding house. They closed the doors in 1969 and, while some continued to stay in the house, it fell into disrepair.

Adelia Simplot bought the property and began restoration efforts, also creating the Basque Museum and Cultural Center. The Basque Museum leads weekly tours of the house, now that it is restored to a state of luster. 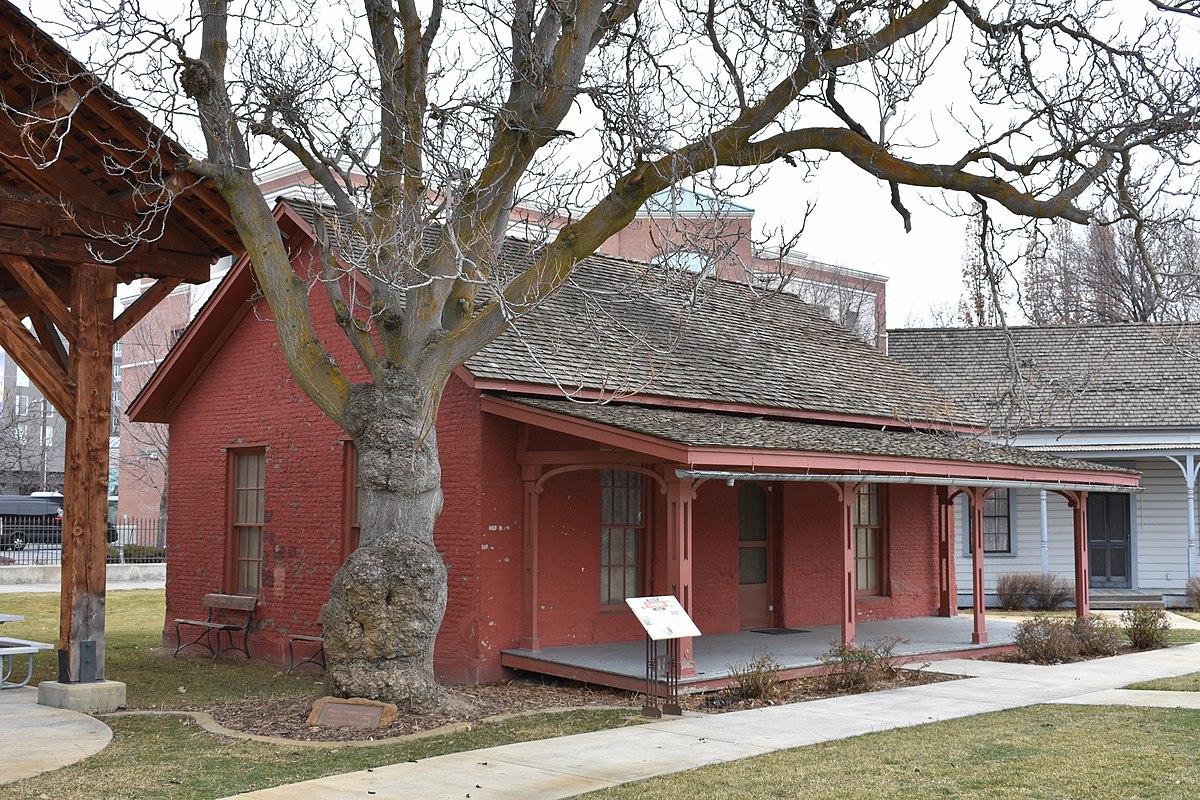 Built in 1868 by Charles W. Slocum, the Thomas E. Logan House is Boise’s earliest surviving mud brick dwelling. Its walls are 14 inches thick and set in mud mortar. The interior walls are coated with mud plaster and a later addition of lime plaster.

Imagine living in a house today built from mud!

According to IdahoHeritage.org, the home is a “rare survivor of Boise’s adobe period.” Many homes built in the 1860s used sun-dried brick and all but the Logan House crumbled away or were torn down.

Logan, who bought the house on Sixth Street from Slocum for $2,000, hailed from Wisconsin and saw fortune in the wild west. He, his wife Caroline and two children—one of whom, a daughter, died en route—traveled to Boise by wagon, landing in Idaho Territory in 1864.

He became Boise’s first postmaster in 1869 and then served three terms as mayor in the 1870s. Logan died in 1894, on a train returning from California where he’d gone to seek medical treatment following a stroke. 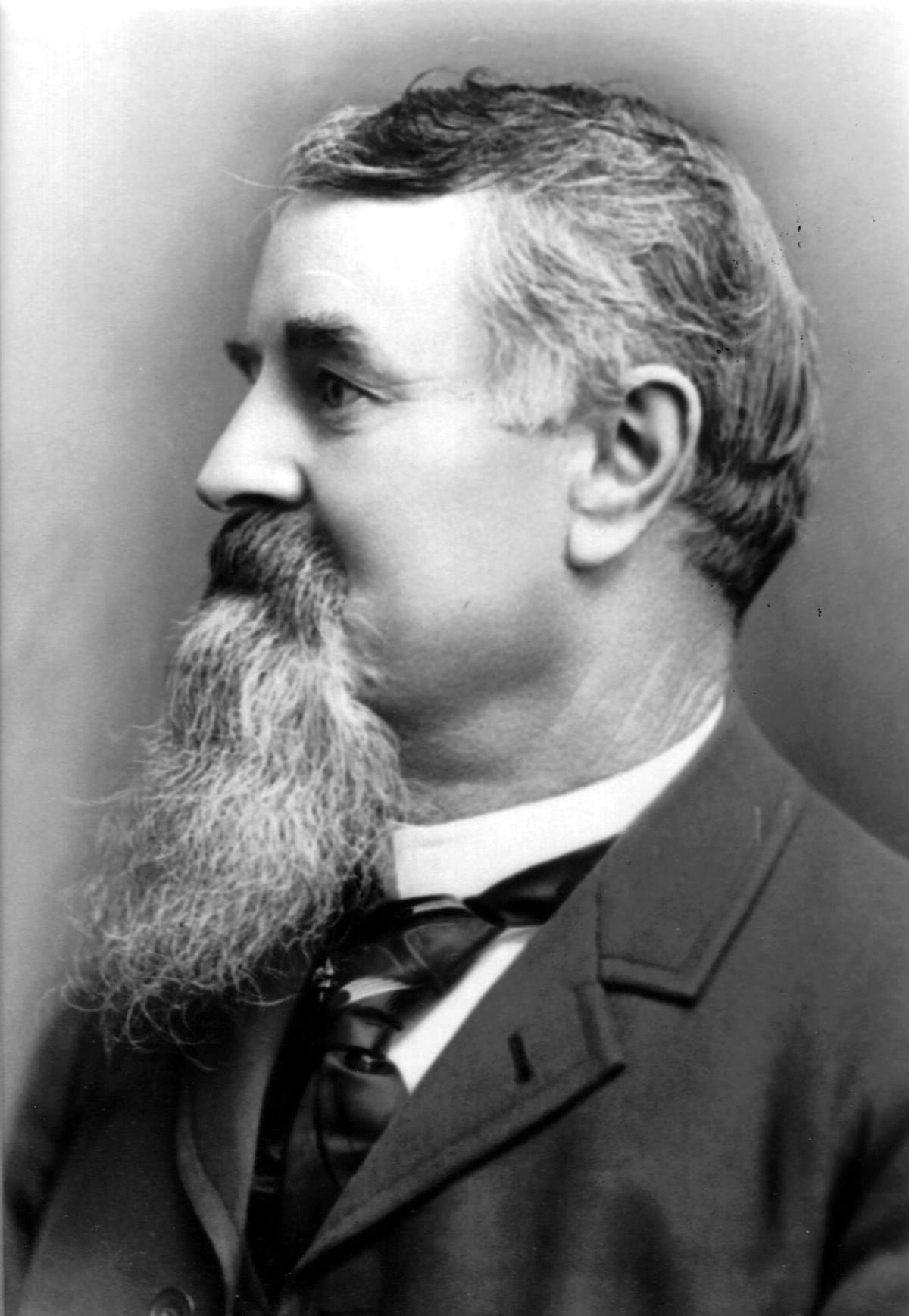 The home stayed in the Logan family until 1914. Up to that point, it was an important social center for Boise society.

Like the Jacobs house, its successive owners rented the home to Basque immigrants until Mountain Bell Telephone Company bought it. The telco intended to destroy the building but, when its historical and architectural importance was explained, the company’s leaders agreed it should be saved.

A restoration team moved the house to its current location at Julia Davis Park, adjacent to the Idaho Historical Museum, and it was added to the National Register of Historic Places in 1971. 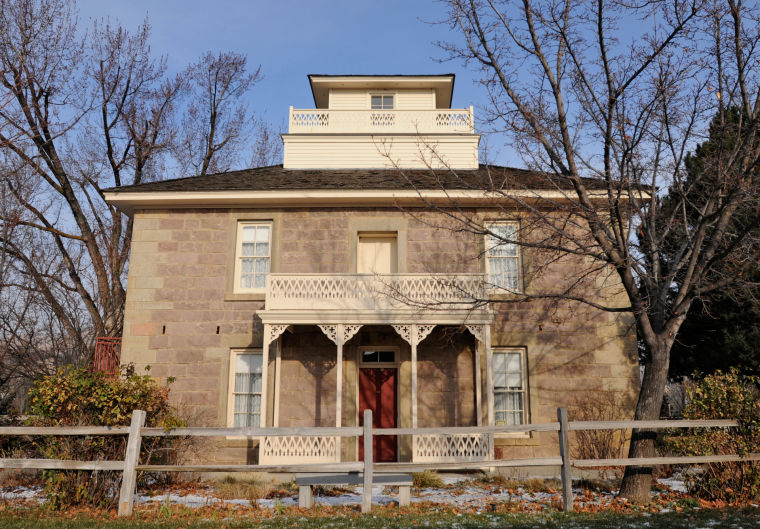 The thread that runs current among our oldest historical homes in Boise weaves around the architectural intricacies with which they were built.

The Bown House, built in 1879, belongs in the same category but it’s also significant in how it elevated the construction of homes in early Boise. Given most Boiseans were living in wood or adobe shacks, the Bown House was considered large and luxurious for its day.

The two-story Italianate-style house was built from sandstone from Table Rock. The walls are 22 inches thick and sandstone casements adorn the windows and doors.

It was built on the highest point in the area so Joseph and Temperence Bown could view their 240-acre ranch from the a cupola observatory and widow’s walk. The cupola was removed prior to 1941 and never included as part of the home's restoration. 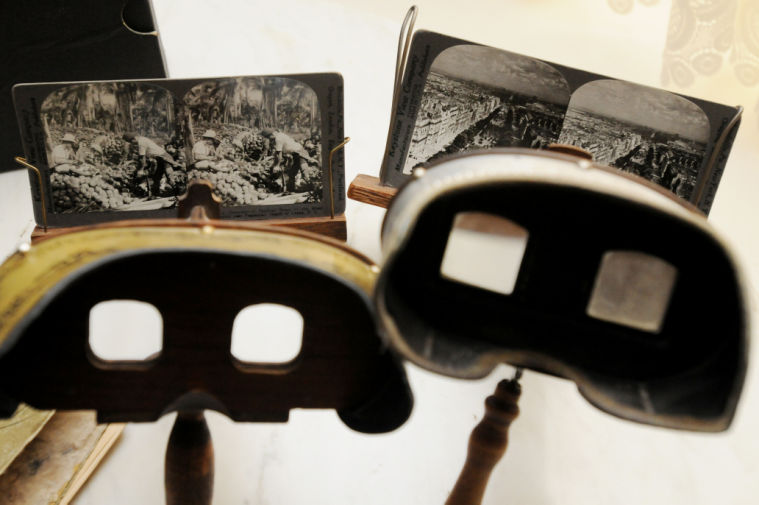 The Bowns raised seven children in the house and, when the nearby school caught fire, Mrs. Bown taught classes in her home.

Thus, it's an easy transition to how the home is used in present-day Boise.  The Idaho Historic Preservation Council has turned it into a creative education opportunity. Open to the public for tours, it provides hands-on exhibits to learn about the Bowns' era and life on the farm in that time period. 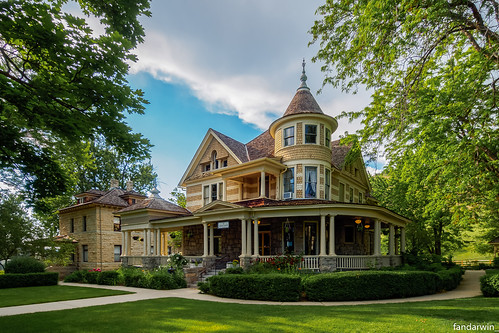 Like the two littler houses we've already described, the Bishop's House—also known as the Bishop Funsten House or the Bishop Rhea Center—no longer sits on its original property.

The 2 1/2-story Queen Anne house was built on the corner of 2nd and Idaho streets and later moved to its current spot near the Old Pen.

It's really a stunning piece of architecture, designed by James King. According to the Idaho Architecture Project, it was originally a tall and narrow frame with some Queen Anne characteristics. It was remodeled  in 1899 and enlarged to accommodate the Bishops' larger families. The redesign incorporated more obvious Queen Anne features, including a three-story tower and a wrap verandah.

Six Bishops and their families lived in the house and, in 1966, it became the Bishop Rhea Center, a recreation facility for senior citizens, in honor of Bishop Frank A. Rhea.

In the 1970s, though, it became at risk for demolition. A group of community-minded Boiseans banded together to save it and that's when it was moved over to Old Penitentiary Road.

The Bishop's House is now a public venue, rented out for wedding receptions and other party functions. A large ballroom and a gorgeous garden gazebo make it the perfect spot for a couple's nuptials!

The interior is kept to period décor with donated antiques and heirlooms, including an old Steinway piano and a stained glass window.

A Walk to Remember

We hope you've enjoyed a look at the three of the most historic houses in Boise. It's fascinating topic for us here at Platinum Idaho, since we're in the business of homes.

We're here to make sure you find the right home for you and your family, whether it's an older, classic model or a fresh, new construction.

Check out our featured listings and then reach out to one of our team members to talk about a new or new-to-you home.

Hear what our past clients have to say about their Platinum Idaho Experience!

You are in great hands, and our exceptional team at Platinum Idaho Real Estate is guaranteed to provide you with a FIVE-STAR experience